I'm very concerned about the Caldor fire. I think it could easily run across MET and potentially go much farther than that, potentially to Strawberry and beyond based on the weather forecasts I have seen.

That would absolutely suck... and it would pass through Silver Fork??? 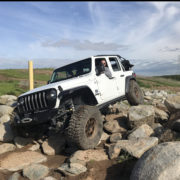 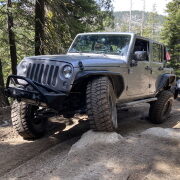 I can think of at least 2 families this is affecting, texted with Kris this morning and they are safe, hope Robert & Amber are as well. Looking at the latest caltopo (great site Brian) it looks to be running very near their place. Prayers for everyone in that area! 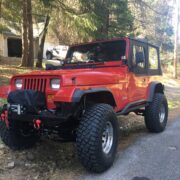 We are safe under evacuation warning at this time. Fire is east of us and burning in a north east direction thankfully. We are packed and ready to leave if needed. Anyone hear from Kris?

I just read you heard from them. Hopefully his property is okay

Be safe out there.

Hoping for the best for all of you.

As of 6 p.m. the fire has crossed MET and is expected to reach Hwy 50. Spot fires well ahead of the main fire. Very sad and dire situation.

The King fire may help with reducing the spread to the north but the movement to the east may be unchecked until weather conditions change. North winds are predicted which will push this fire to the south and the east, which is not good. 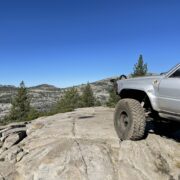 JohnDF said
Be safe out there.

Hoping for the best for all of you.

Ditto….also hoping for the best for everyone. 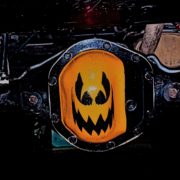 Wishing the best for Kris's and Rob's family and everyone else affected.

Sloguy said
Wishing the best for Kris's and Rob's family and everyone else affected.

Thanks everyone, we are doing great. At a friends house in rescue. All the important stuff is out of the house. My commuter car is packed with stuff and sitting in an open field, should be fine. The jeep is in Placerville at my moms. My wifes car and my truck hold all the really important things. And those 2 vehicles are with us in rescue. Now we just wait. So far the fire personnel have been doing a hell of a job. Very very thankful 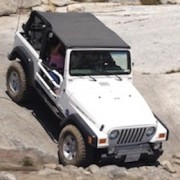 our best wishes and prayers are with everyone effected. be safe and please keep us up to date when ever possible.

Evacuation orders have now been moved to Strawberry and Hwy 50 is closed. The effort will be to try to keep the fire between Hwy 50 and Hwy 88 but that isn't likely in my opinion. And if they do it will direct the energy towards Strawberry. We have had moderate fire conditions for the majority of this fire but this thing could get very ugly if fire weather conditions get worse. Keep your fingers crossed.

With people we know living there, plus we all frequent that area quite often for our recreational activities.. very sad.

Thank you Jeff for the continued updates - as sad as it is, it’s nice to have the info.

Mushroom rock and rufus and i’s camp spot at the top of long canyon is burning!

A positive note, containment is at 9%!

Just so sad.
I guess I’m happy I got to run long canyon and Strawberry a few weeks ago …. Wish I’d taken way more pictures. It probably won’t be back to itself for many years.

Glad my kids got to see it before the fire went through there.  Very sad though.

According to last nights (8/24/21) Caldor fire evening update, they have dozer lines along MET to Silver Fork road to Hwy 50 and are hoping to try and contain the fire there. However, the dozer lines "aren't big enough" and aren't ready for them to start firing operations along that road (line) yet until they get a lot more preparation done. They said the fire is very close to this line and is challenging them. For those who aren't familiar with the term, a firing operation is often and incorrectly referred to as a backfire. A backfire is a large fire that is set ahead of the fire to try to take the fuel and energy out at the head of a fire. Firing operations occur along many parts of a fire, including the heel, the flanks and the head, in an effort to create or expand containment lines. A firing operation involves using a border such as a road, a river, a hand line, a dozer line etc. and then going along that line as setting low intensity fire to burn out the fuel in an effort to create or expand the containment line. For example, as the fire backs down the hill moving north towards Hwy 50, crews could go along the river or the Hwy using firing operations to consume the fuel so that engines and or hand crews can keep it from igniting beyond that line to the north.

If crews are able to use the MET and Silver Fork line to commence firing operations, it could contain or at least reduce the intensity and spread of the fire to the east and northeast, which could prevent it from reaching the Strawberry trail. More than likely there would still be spot fires beyond the line but ideally they would be able to keep them smaller thereby reducing the intensity of the fire in that area. If a low intensity fire goes through the trail, it would be much better than a major run through that area which would be devastating. The biggest problem is that due to the direction of the smoke, firefighters aren't able to use aircraft in this area of the fire. That means that it needs to be a ground fight or we need the winds to shift to enable them to get aircraft into this section of the fire. There is still a strong possibility that the fire could reach Hwy 89 and could even go all the way to Lake Tahoe. The next two or three days will be crucial.

Just saw the local news reporting at 33 milestone tract with active fire on south side of hwy 50. Not looking good for strawberry.